the process of making my sculpture 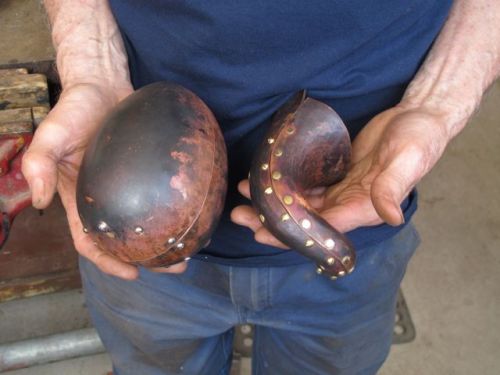 These are the parts of the main form for the new piece. I say main form because the piece will be an interaction between two forms.This is a device I have often thought of using but for some reason seem to shy away from.

The following shots show the process of fabricating the upper part of the smaller form. 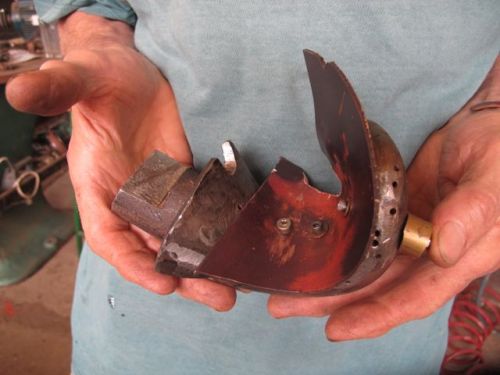 This photo shows a piece of annealed copper screwed two one side of the mould.

The other side has been hammered round and the parts trimmed to fit with tinsnips. 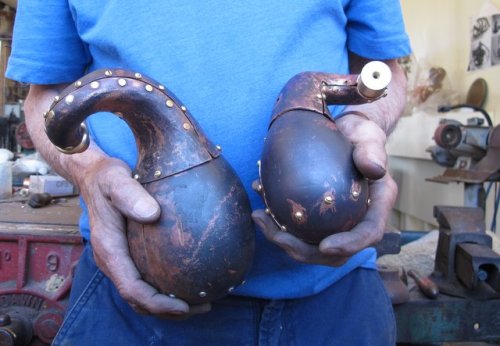 Here the pair are roughly assembled and their relationship is about to begin!